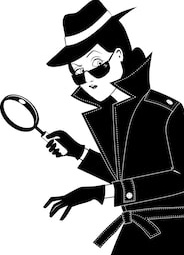 Ok maybe not 598 reasons but a goooooood 2-3 reasons why every woman has checked a man’s phone……Now before I get stoned for presumably being a nosey bitch…….hear me out. Nowadays trust, transparency and honesty are some of the hardest values to match with another person. We give so much ourselves only to end up hurt and scarred. Men and women both are taking things in their own hands to protect themselves from both mental and physical hurt…..can we blame them?

So a little background about me: I’m a woman that still doesn’t trust her gift of discernment and yet STILL needs tangible hardcore proof. Yep that’s right so instead of trusting it and removing myself from the now fucked up insecure situation simply based on that, I begin to have the ultimate mortal kombat battle between my heart and my brain. Your heart works off of emotions and what it feels to be truth because well if your heart has that tingle you must follow what it says right? Now on the other hand there’s the brain that works off of logic and making sure things makes sense. So who do you listen to; The bruised and stitched up heart walking on its last limb or the unscathed brain tired of bailing his/her ass out? Ironically the brain has yet to lose in these battles.

The year 2015 is when I began checking a man’s phone….. I was naïve, oblivious, blinded, excited and optimistic about the man I was dating. See now some men are just goooooood…..like GOOD GOOD at multitasking between women; they play on your emotions and quickly realize that a woman with emotions for a man will be easily convinced. Us women love believing in the good a man shows us…even if it’s just a teaspoon AND hasn’t happened since date #1 but I swear it’s something about the last impression of the one or few times a man “WOWs” you. Ok so anywho back to the story…. The man I was dating lived in a completely different state on the east coast as I Lived in the home of the Dirty birds. Now we all know how it goes when dating starts off amazingly great and that person seems to have that cinderella prince charming happily ever after potential of being the one right? You open up, share your thoughts and feeling and how you’re so in shock of finding such an amazing person blah blah. Things are amazing…..well…until they’re not. You get an inkling and that inkling typically comes from a changed behavior or attitude of that man. There’s a change in tone, a change in patterns/ behaviors and quite frankly no matter how good of a job a man thinks he is at hiding something from his woman,  he’s always telling his truth through those changes. Looking at it on a deeper level, when you are truly connected to a person no matter what they say verbally, their soul is telling you the truth. I’m a believer that hearts and souls communicate with one another with truths. It’s the simple human in us that think we can lie. So you began doing quality checks with your man making sure everything is ok; “Babe what’s wrong…….is everything ok…… I don’t know, you just seem… different.” She knows something is wrong but she won’t trust her intuition; that voice that has never steered her wrong in all the years of her life, yea that one! So she gives him opportunities to tell her what’s up, yet he never uses them. Now this is the point where she should have bailed out but she didn’t.

Now here I am flying to see this man for the last time just to see if what we had could be salvaged. Your first time checking a phone doesn’t typically come from your own initiated snooping, nope, this one happens because its slaps you dead in the face when you never even expected. I’m laying on the couch using his iPad to do online school work while he’s away at work. Now everyone knows apple products can all be combined to receive information across each apple product. Now as I’m doing my schoolwork…  “BAM!!!” a text message comes across the screen with a woman’s BARE ASS dead in my face. I’m shocked , like did I just see what I thought I saw… because what I thought I saw is something that I shouldn’t have seen. LOL …and so it starts…..Yep you guessed It …it prompted my curiosity to see what the hell else is happening to my naïve ass and boy o boy was I in for a rude awakening. Pics…. Text messages, Social media Dm’s (plural) ALL WITH INCRIMINATING EVIDENCE!! I hate that this ignited the detective in me…I hate her but the bitch is GOOD at what she does you hear me? I’d wish she’d leave before she becomes a part of my DNA though. I sat there alone in my feelings trying to make sense of how does one say the things they say YET act completely opposite?

I mean this literally open my eyes up to a whole new world of deceptive possibilities… a whole new breed of the male specie….hell I started recounting on all the men I dealt with wondering if I missed the signs being oblivious in my happiness.  From that day forth a detective was born…… part 2 loading…

View all posts by thesophisticatedhussy